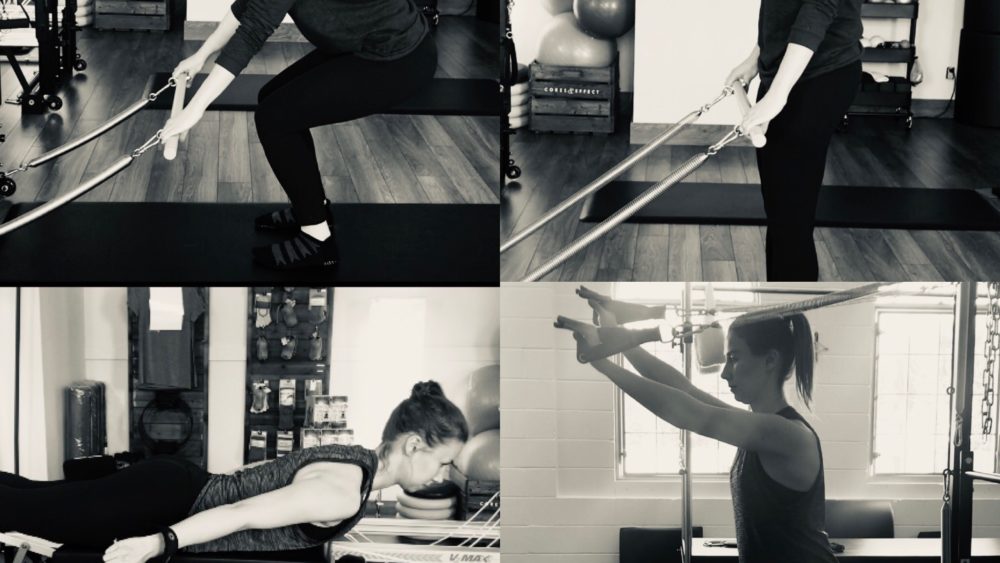 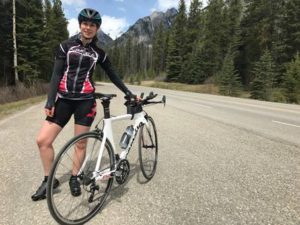 Hi and welcome! My name is Sara, and I will be sharing with you my Pilates journey with Cores and Effect. A bit about myself; My passion for sports was developed at an early age. I grew up figure skating, which instilled in me the rewards which come with discipline and hard work. In university, I picked up running as a way to process my thoughts and handle the stress of a master program, which I would later combine with swimming and biking. I used to think, “you could never have enough of a good thing.” Which is false, as my passion for the sport of triathlon resulted in continual injury. After a significant back injury in January 2017, I began Pilates and haven’t looked back since. It has become an integral part of helping me stay injury free, as well as improving my performance in all three disciplines. Overcoming, my own injuries has inspired me to share the benefits of the Pilates method for athletes and non-athletes alike. As my day job finds me working as a community occupational therapy, I see first hand the impact which painful or dysfunctional movement can have on an individual’s quality of life. It is my hope, that sharing my experience will encourage and inspire others to take back their movement with Pilates. 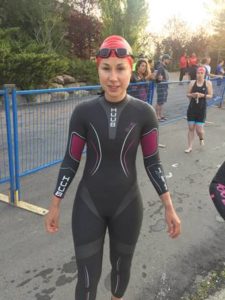 Albert Einstein said it best when stating, “The definition of insanity is doing the same thing over and over again, but expecting different results”. This was the position I found myself in last January after my second low back injury at the ripe age of 28. In my defense, it wasn’t that I was doing the exact same things over and over again… I was seeing a new chiropractor, massage therapist, osteopath, athletic therapist and physiotherapist every week. A familiar cycle, as my training as a triathlete consisted of pushing to the point of injury, throwing myself and dollars at the next best recommended therapist, recovering only to begin vicious cycle of train- then break all over again. This time however my injury was different, a disc injury resulting in time off work, off of friends, off of training, it felt as though I was off of life.  A difficult transition to move from training 16 hours a week with Ironman plans, to barely making its through a 30-minute walk. 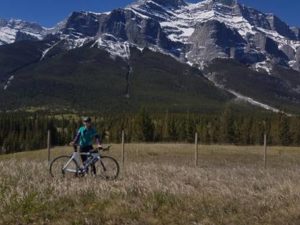 I was lucky enough to be recommended an excellent physiotherapist in Bragg Creek who helped me through the acute stages and back into gentle exercise. I diligently did my physio exercises daily, confident that the clamshells and glute bridges would lead me down the road of a pain free existence. Deciding that I needed a bit more than “3 sets of 12”, I was recommended to Amy at Cores and Effect. This is were the something different comes into the story and I became a little less insane. I signed up for a Saturday “Intermediate Matt Class” which I had envisioned to be an intense fitness class guaranteed to give me the 6 pack abs that had completely softened from 3 months of laying on the floor. This was not that, although there was a lot of teeth gritting as we released our dysfunctional and wound up muscles. The focus was not on fitness, it was on functioning. Something I was only beginning to return to, and now saw the immense value in it after months of being unable to buy my own groceries or carry my purse. 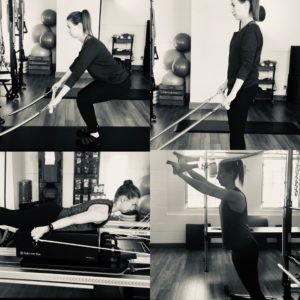 More than just functional movement, it was precise, mindful and conscious movement. All very foreign from my usual forcing myself to limits of breaking and breakdown. After every class I walked out feeling better than the last. Moreover, the activity which I did after whether that be running, swimming, biking or cleaning the house felt stronger and more connected. My mind was in control of my body and the movements and the sensations which these movements produced. If my shoulder hurt in my swim, I refocused on activating my lats and pulling down from my shoulder blade, rather than forcing the stroke through with my deltoids. If my ankle hurt on my run, meant I was over-pronating and needed to focus on my toe off and feet to seat connection. Having this insight and “control” over my body may have been and continues to be the biggest benefit of my time at Cores and Effect. 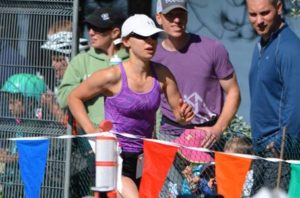 Having previously been stuck in a cycle of debilitating pain, where my body and the subsequent pain it felt determined my mood, activities and work for the day was emotionally the most capturing aspect of my injury. Having to frantically try and get in with my physiotherapist for every flare up, and always being on high alert for the next. Exhausting. The Pilates method at Cores and Effect has changed that. I now have the body awareness, release techniques and confidence to return to the activities that I love (like running, swimming and biking) and even those I don’t (taking out the trash).

Subscribe to our newsletter for FREE training videos, updates, promotions, and informational articles sent straight to your inbox.