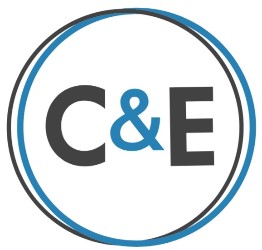 Exam time?!! The first written “midterm” prompted classic test anxiety, despite assurances that it was merely an evaluation (and more for the teaching team) of what TTs have managed to retain rather than memorize over the last few months. Just as our bodies don’t retain things unless practiced and integrated into our daily thinking and actions, this study/memorization habit and test stress response shows there is still work to do in changing ingrained responses as we learn how to establish new habits in ourselves and others.

All survived this milestone, happily realizing how much has been taken in since the beginning of the journey — likely the effect the teaching team was looking for. Naturally, practice tests will also help to prepare for the competency exams at the end of the process. The practical assessment that followed later in the week was a scenario-based exercise, a two-way conversation to help identify current strengths and weaknesses, and so genial that it was illustrative of the supportive nature of the program. Perhaps we will now look forward to the next “evaluation.”

We are becoming what Corinne calls “Pilates nerds” as our competency increases and we start to recognize dysfunction patterns in bodies everywhere, not just in the studio. One of the TTs, a yoga enthusiast, commented how her eyes have been opened about Pilates’ greater “potential.” (Tanis calls it “sophistication.”) Few issues seem really outside of the scope of improvement, though Tanis always discusses contraindications of every exercise we practice. This weekend she considered us ready for her formal demonstration of how she assesses spines and deduces individuals’ compensation patterns. As neophytes, we may not know yet how to help all we see but are once again encouraged to look to the Pilates principles for clues. (Understanding my own swayback alerts me to my tendencies in all my activities, though my longstanding routines don’t make them easy to change! See Test Anxiety, above!)

Most of the Classical Repertoire is still to come in our education, but we are working up to exercises like the famous Hundred via the apparatus and modifications.  We ideally now both understand and FEEL the ab-curl’s difference (ie, superiority) vs the situp/crunch, and are working on getting our bodies and student bodies ready for whatever version of the Hundred that can be safely and properly performed.

For this, the barrels (in their 3 forms) instantly become our new favourite tools. We might have laughed when Tanis called them “exciting” to work with, but by the end of the weekend, we agreed. Each can help to modify the hips and spine, the latter resulting in feedback from an upper core some of us can barely feel.  (Unlike babies who naturally “turtle” by using their back properly early in life, many of us adults lose that connection and with it, many abilities such as ease of overhead movement.) Inevitably, movement and some soreness was noticed by some of the stiffer bodies, and “hurts so good” was the refrain most heard in the ladder barrel ballet stretch series.

Despite the barrels’ unique shape and design, the Pilates principles are still consistently applied, and alignment, body placement, and movements are similarly cued. We recognize the most common cues and even make up our own versions. (“Wring out thighs” wins the day’s admiration.)

How to safely get on and off barrels was something new, however, and more important than some would think — especially with vulnerable bodies. Although most bodies are able to do Pilates (at least with modifications) directions and adjustments from a qualified teacher can make such a difference. Many of us have experienced or heard of “imposter Pilates” — misrepresented or taught without concern for a body’s uniqueness or vulnerabilities. For example, back extensions or inversions are not possible or good for many bodies — at least in the beginning. And despite what level exercises might be designated, progression should only happen when a body is ready. This may sound like common sense but who among us have not wanted to try advanced moves before we should? Our teachers no longer have to remind us that there is enough work to do in classical Pilates to suit every body: the challenge is how much deeper we can work as we progress.

Speaking of challenging, the runner-up for favourite accessory tool introduced this weekend might be either the toe or foot corrector. We got to glimpse the potential of both these torture devices in alignment correction but also in assessment and diagnosis. One trainee was heard commenting, “Who knew the foot could tell so much about what’s going on in the rest of my body?”

After the weekend’s training, the TTs are as usual keen to try out and reinforce the knowledge acquired so hello again, guinea pigs! Several teachers are teaching their second set of volunteer bodies and from my vantage point, their confidence and depth of knowledge have both mushroomed. Tanis reminds them (NOT ME, since I have no students or excuse…) that regardless of how busy they get, and how much they learn as they teach, they must still schedule their own self-practice time. Religiously. Amen.

Subscribe to our newsletter for FREE training videos, updates, promotions, and informational articles sent straight to your inbox.